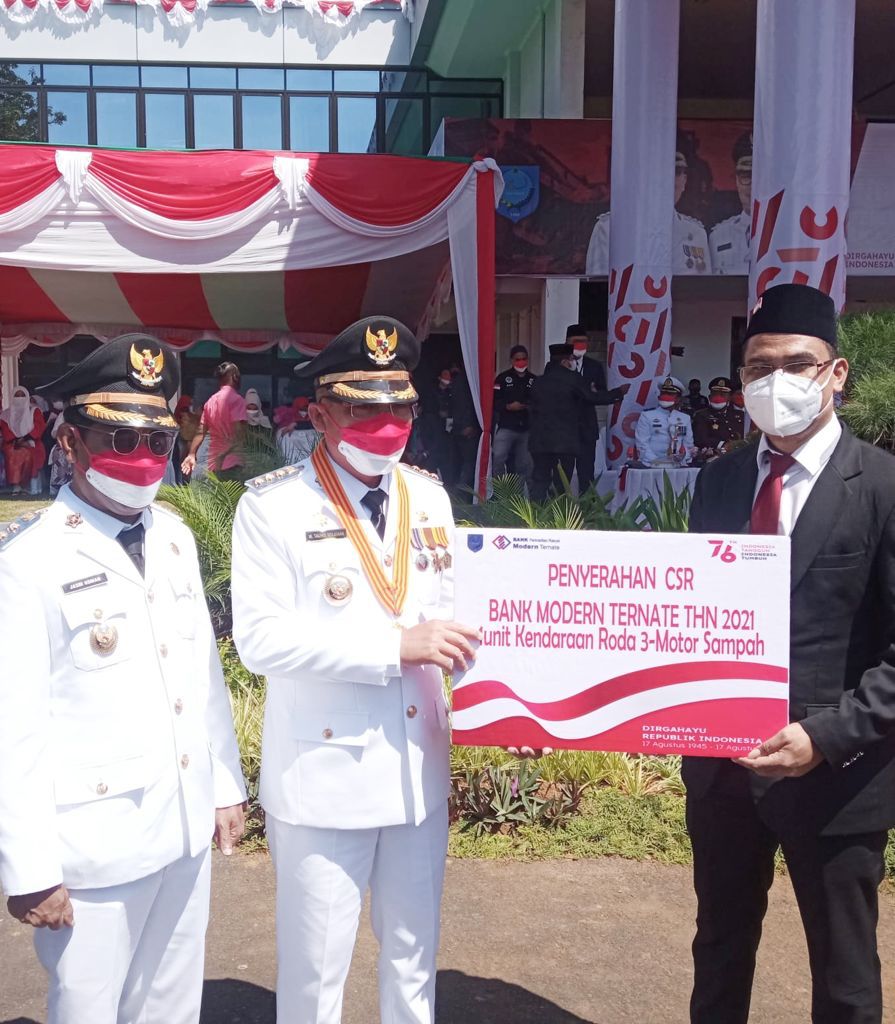 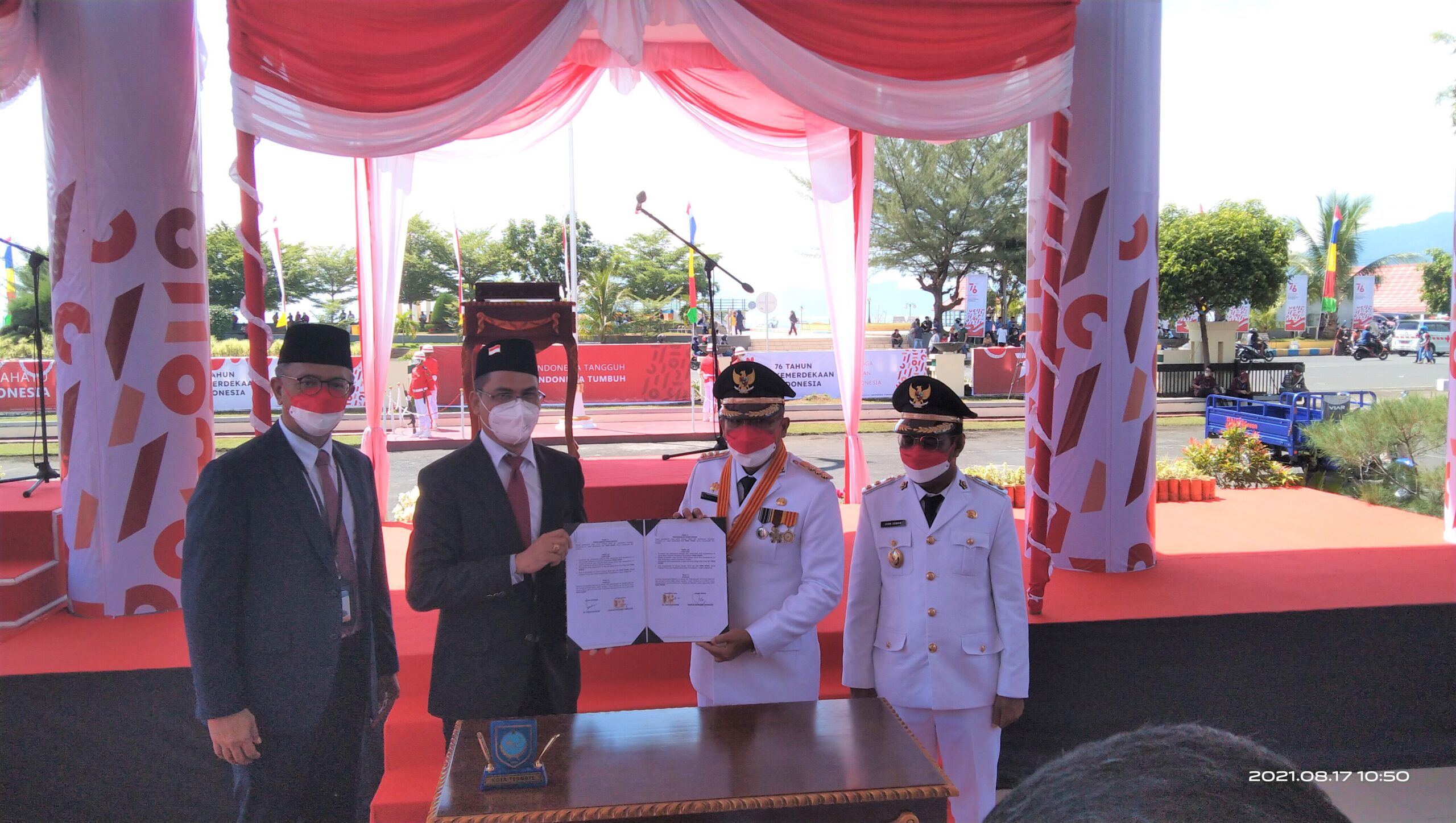 “As a form of our contribution to the City of Ternate, as well as to support the 100 working day program of the Mayor of Ternate entitled “Ternate Andalan (Ternate Mainstay)” and also to coincide with the 76th Anniversary of the Independence of the Republic of Indonesia, we hereby hand over 1 (one) unit of three-wheeled vehicle to the Ternate City Government will be used to access waste that cannot be accessed by garbage trucks, as well as an alternative to community-based environmental-scale waste management,” said Heintje. On the occasion, a Memorandum of Understanding was also signed with the Ternate City Government regarding the Implementation of the KPK Circular Letter Number 19 of 2021, Providing Credit Incentives through the Distribution of Credit Facilities for State Civil Apparatus within the Ternate City Government.

“In carrying out every company activity, Bank BPR Modern Ternate of course always supports government policies by prioritizing the principles of transparency and openness in order to create good corporate governance (GCG). It is hoped that with the signing of this MOU, the synergy that has existed between the BPR Modern Ternate Bank and the Ternate City Regional Government for lending, especially to State Civil Apparatuses within the Ternate City Government will be more optimal. the right financial solution for the people of North Maluku,” explained Heintje. For information, in the ranking of 250 BPR 2021 according to Infobank Magazine published in August 2021, Bank BPR Modern Ternate is ranked 12th for BPR with assets of IDR 100 billion to below IDR 250 billion with a very good predicate.