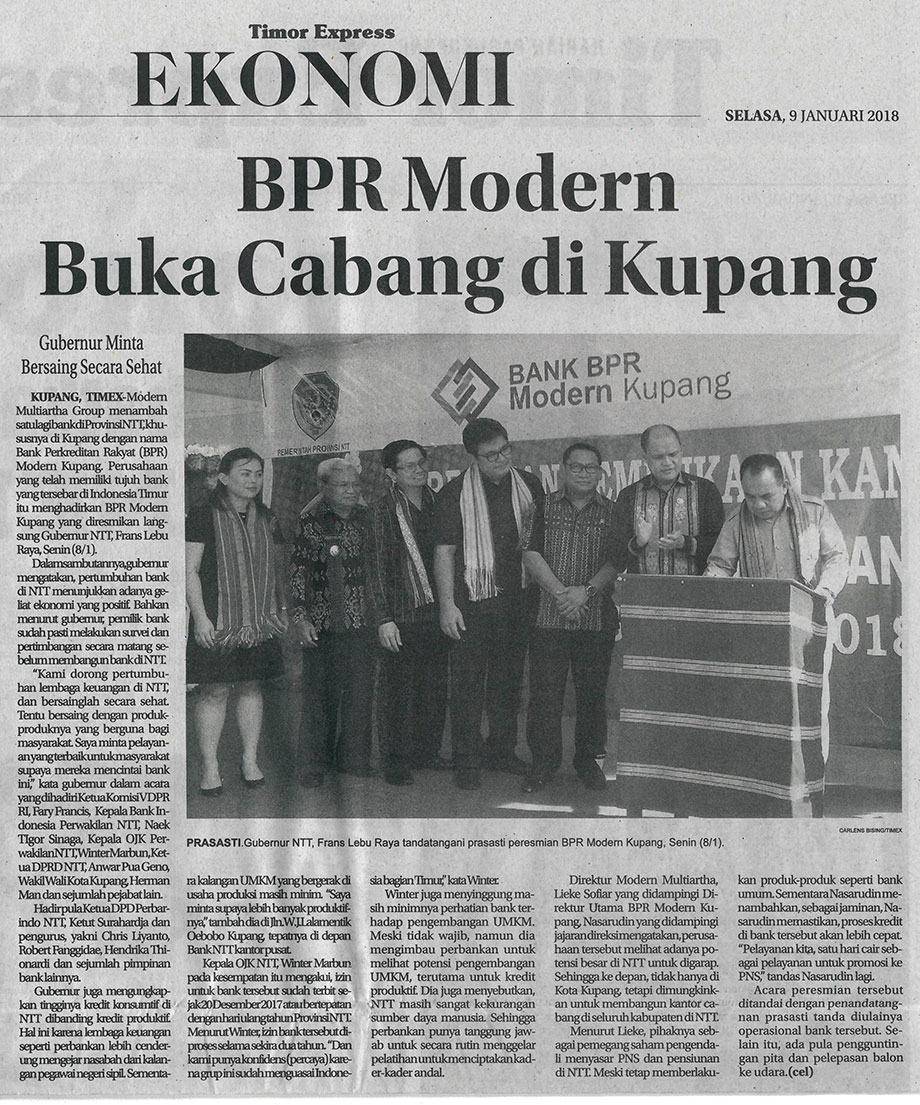 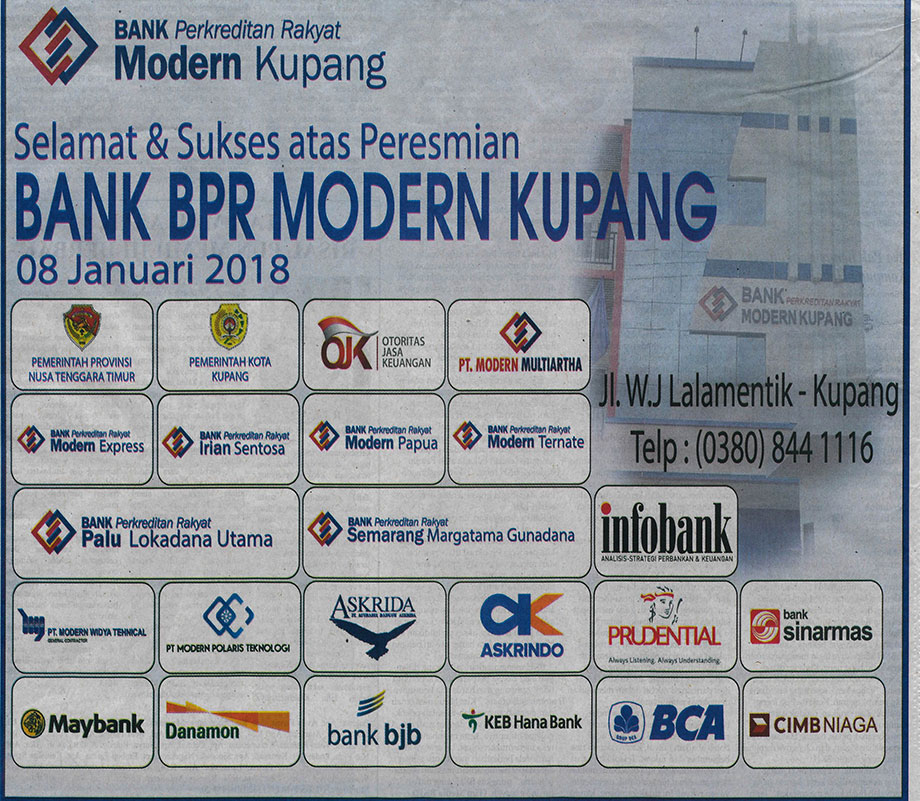 In his speech, the governor said the bank’s growth in NTT showed the existence of a positive economic stretch. Even according to the governor, the owner of the bank it is definitely doing the survey and consideration carefully before building a bank in NTT.

“We encourage the growth of financial institutions in NTT, and compete on a regular basis. Of course compete with the products that are useful for the community. I ask the best service for the community so they love this bank “, said the governor in the event attended by Chairman of Commission V of the House of Representatives, Fary Francis, Head of the NTT Bank Indonesia Representative, Naek Tigor Sinaga, Head of OJK Representative of NTT, Winter Marbun, Chairman of Parliament of NTT, Anwar Pua Geno, Deputy Mayor of Kupang, Herman Man and other officials.

The governor also revealed the high consumer credit in NTT compared productive credit. This is because financial institutions such as banking more tend to pursue customers from civil staff. While among MSMEs engaged in production is still minimal. “I ask you to more productive “, he added in J. W.J.Lalamentik Oebobo Kupang,precisely in front of Bank NTT head office.

Head of OJK NTT, Winter Marbun on that occasion admitted, permission to the bank has been published since 20 December 2017 or coincides with the birthday of NTT Province. According to Winter, the bank’s permits are processed for about two years. “And we have confidence (believe) because of this group has mastered Eastern Indonesia, “Winter said.

Winter also alluded to the lack of bank attention to the development MSMEs. Although not mandatory, but he appealed to the banks to see the potential the development of MSMEs, especially for productive credit. He also mentioned,NTT is still very short of human resources. So banks have the responsibility to regularly roll out training to create reliable cadres.

Director of Modern Multiartha, Lieke Sofiar accompanied by the President Director of BPR Modern Kupang, Nasarudin who accompanied the board of directors said, the company saw a huge potential in NTT to work on.
So in the future, not only in Kupang City, but it is possible to build branch offices across districts in NTT.

According to Lieke, his party as a controlling shareholder targeting civil staff and pensioners in NTT. Although still impose products such as commercial banks.
While Nasarudin added, as a guarantee, Nasarudin ensured,the credit process at the bank will be faster. “Our ministry, one day liquid as a service for promotion to civil servants, “said Nasarudin again.

The ceremony was marked by signing the sign inscription commencement of bank operations. In addition, there is also cutting ribbon and balloon release into the air.